Why Brazil Must Build a (Fiscal) Wall 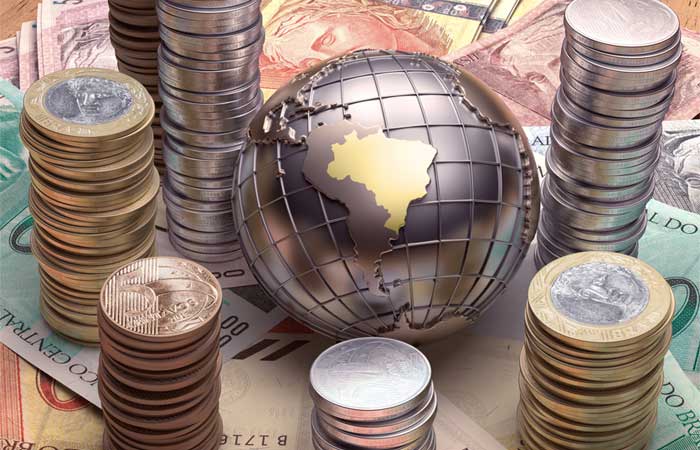 By Kerry A. Dolan - Forbes Staff

Brazil has been through the ringer. The country went from being one of the world’s best-performing emerging economies to one riddled with political instability and beset by one of the worst recessions. In 2014, Brazil reached a record high 65 members on Forbes’ Billionaires List. Then the troubles began, and the ranks of Brazil’s superrich fell steadily to just 42 in 2018.

But Brazil has come roaring back—at least when it comes to the very wealthy. A whopping 18 new billionaires hail from the South American country this year, a number of whom have taken their companies public on the São Paulo stock exchange in the recent past. Altogether Forbes found 58 billionaires in Brazil this year worth a combined $175 billion.

Many of the country’s new list members are involved in retailing, including Luiza Helena Trajano, the largest shareholder of the Magazine Luiza stores, which has been expanding its online sales.

There’s also Luciano Hang, an entrepreneur whose Havan chain of department stores heavily deploys social media marketing and locates its stores exclusively in small and midsize cities. “I am in the business of attracting people to give them an incredible experience that is more than just shopping,” Hang says. Each Havan store—there are now well over 100 in several Brazilian states—is built to evoke the White House and has a replica of the Statue of Liberty at the entrance.

That’s no coincidence, as Hang declares himself a fan of the United States and expects that Brazil’s new President Jair Bolsonaro will make the country great again just as his American counterpart Donald Trump promised to do while running for the original White House back in 2016. “We should ‘copy’ countries where capitalism worked, like the U.S., and not those copied by our previous governments,” Hang added. Like Trump and Bolsonaro, the new billionaire is also a fan of social media, and his daily Facebook live streams can reach up to one million viewers at a time. Hang is using this online influence to advocate for right-wing politics and also to attract clients. “Everywhere I go in Brazil, people know me and ask for new Havan stores,” he says.

Another new retailer: Samuel Barata, the majority shareholder of Drogarias DPSP, Brazil’s second-largest drugstore chain. The drugstore segment in Brazil is one of the few that defied the country’s recent recession, which is still causing problems to most retailers due to slow sales growth and huge unemployment—the country’s GDP grew just 1.1% last year, and there are currently more than 12.7 million Brazilians out of work. Still, revenues for Drogarias DPSP rose by 11% in 2017 to $2.4 billion.

Brothers Joesley and Wesley Batista are making their debut this year thanks mostly to a surge in beef demand in China and the U.S., which helped their company, mammoth meat processor JBS, to increase its stock price by almost 40% in the past year. That is great news for the Batistas, who in 2016 were involved in a corruption scandal and accused of paying hundreds of millions of dollars in alleged bribes to over a thousand Brazilian politicians. The brothers have kept a low-profile ever since and are still negotiating a plea bargain with Brazilian authorities. So far, the Batistas have agreed to pay a $3.2 billion fine—their representatives wouldn’t comment on the bribery allegations due to discussions still underway with public sector officials.

In addition to the newcomers, one Brazilian literally made a comeback. Rubens Menin Teixeira de Souza, who has a home building company, MRV Engenharia, previously appeared on the Forbes list in 2012, 2013, 2014, then fell out of the ranks. He’s back on this year in part due to the IPO of Banco Inter, a retail bank he founded in 1994 that now operates exclusively online and went public in April 2018. But the bulk of Teixeira de Souza’s money still comes from MRV Engenharia.

“I believe Brazil is a very unique country with a huge potential,” Teixeira de Souza says. “It is one of the only three continental countries, along with China and the United States, that has a population of over 200 million inhabitants eager to spend money on all sorts of products." Besides banking and construction, he is also investing in a new segment: media. Earlier this year, Teixeira de Souza announced he is teaming up with Turner International to launch CNN Brasil, which, like its American parent channel, will be focused on 24-hour news broadcasting.

Is there reason to be optimistic about Brazil’s future? Teixeira de Souza certainly is. “We have everything: the workforce, the land, the consumers, and we are the most well-organized of all BRIC countries,” Teixeira de Souza, an enthusiastic supporter of capital markets, says. “We just need to concentrate on doing what is needed for tackling our biggest problems now, and soon we will be able to generate more wealth and distribute it properly.”